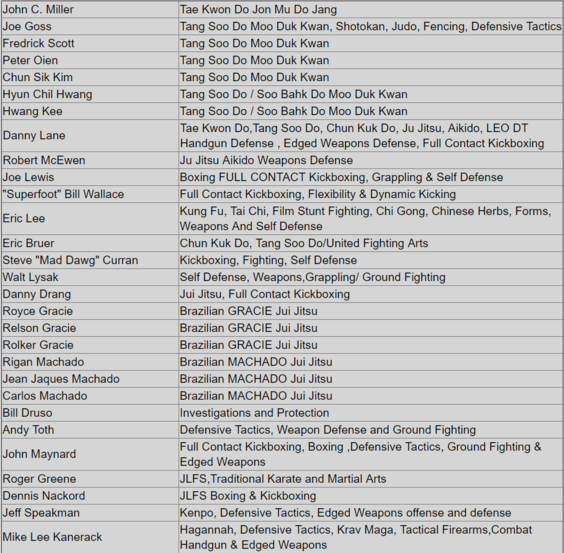 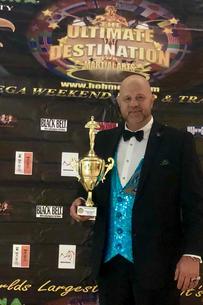 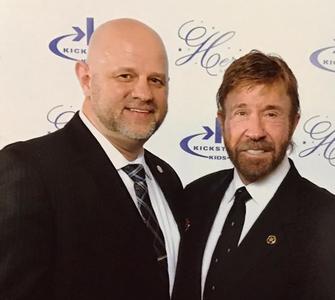 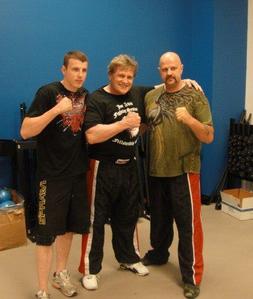 Grand Master Brian Gates began training karate in 1972. In 1985, he opened his first official professional training center. Since then, MBGKARMA, Karate, Kickboxing, MMA & American Self Defense Centers continues to provide the positive environment for a family friendly, personal, and professional attention to its members; helping them to become confidently more aware, achieve goals, stay safe, be fit, active, and healthy for over twenty nine years. We are here to help you reach all of your fitness and self-defense goals while producing champions in the FULL CONTACT ARENA kickboxing ring / MMA cage.

January  27th 2018 in  Atlantic City NJ Grand Master  Brian Gates received the Modern Warrior Award  at The Action Martial Arts Magazines Hall of Fame along with some of the Champions of The world and Hollywood actors.

Grand Master Brian Gates has promoted some of the most prestigious events in martial arts, karate, and kickboxing over the past decades, The Keystone Internationals and Keystone State Championships Internationally recognized film stars, martial arts legends, WORLD CHAMPIONS of the boxing/ kickboxing ring and UFC cage as special guests.

Brian Gates is proud to have attained the prestigious  Instructor levels in the following areas :

Grand Master Brian Gates is also a professional stuntman performing at live venues such as Charlotte Motor Speedway NASCAR pre-race entertainment and being featured on several television shows, most recently May 24th Brian performed a dynamic car jump/crash at CMS and was filmed for The History Channels new series American Daredevils #108 and aired Tuesday, November 12, 2013 and continued thru 2016 in the USA and UK on various programs.

GM Brian Gates also provided close protection / security for Network Entertainment.... traveled with Motorcycle Daredevil Robbie Knievel beginning in Las Vegas riding to the Grand Canyon, Snake River Canyon, Butte Montana and returning to Las Vegas where he was an intricate part of the team filming, consulting and being interviewed personally for the Feature Film " I AM EVEL " The biography of EVEL KNIEVEL  aired on Spike television network.
A full length film RELEASED for TV and DVD in 2015 for the public to enjoy EVEL KNIEVEL THE LEGEND.

GM Brian Gates shares his technical safety, security and protection expertise personally with you and in fact applies the same exact self-defense techniques that he utilizes to safeguard all of his high profile clients with their families ensuring you the tools to defend yourself and your loved ones.

Master Brian Gates looks forward to speaking with you and yes meeting you in person in the very near future to discuss in depth your concerns while  addressing  your needs with a custom program that will assure you to reach all of your expectations and goals.

Blackbelt - It is not about the destination. It is about the journey